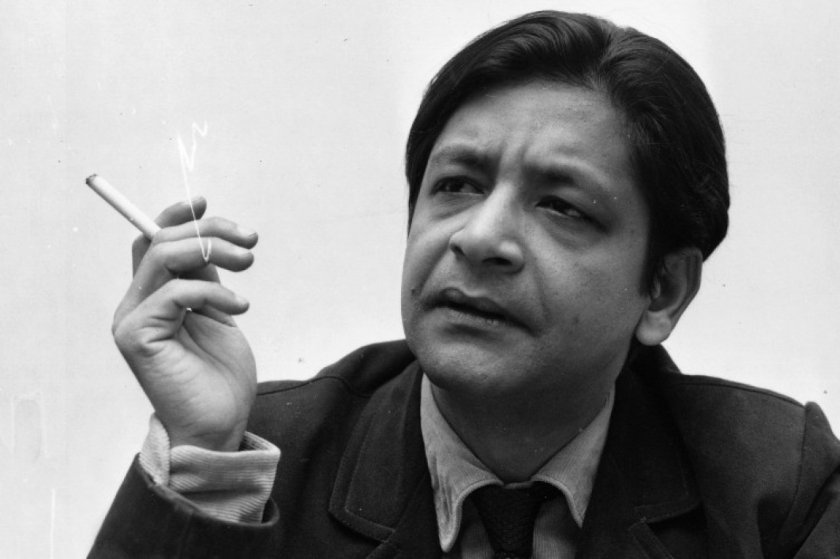 Nowhere did a sense of doubleness pervade V.S. Naipaul’s life more than in his feelings towards British-colonized Trinidad. His birthplace and home for 18 years, it would be the place he would spend his life quietly longing for while also categorically rejecting. The author, who died on Saturday, aged 85, embraced and spurned his home in a particularly conflicted way, like a small-town boy desiring the big city but forever viewing it through distrustful, small-town eyes; simultaneously viewing his abandoned Trinidad with a haughty, London gaze.

Growing up, in a family of Indian heritage, Naipaul learnt that four scholarships were awarded yearly to study at a British university, and he saw this as his chance of escape. He won one, left to study English literature at University College, Oxford in 1950, and met Patricia Hale, who would soon become his wife. Hale, who performed a Véra Nabokov-like role for Naipaul, suffered the brunt of his physical and emotional abuse. Their marriage further underlined Naipaul’s sense of doubleness: as it related to his sense of place – moving to London where they married – but also to his understanding of social class.

Like Naipaul, Hale too came from humble beginnings. Her family lived in a small, two-bedroom apartment in Birmingham, her father was an administrator in a legal office, and she’d won the sole scholarship to Oxford that was available at her state school. Naipaul never much respected her. He told her that ‘from a purely selfish point of view you are the ideal wife for a future G.O.M. [Grand Old Man] of letters.’ He cheated on her persistently and later admitted to himself while re-reading the letters he’d sent her that he’d never really loved her. Eventually, Hale lost all confidence in herself. ‘I felt assaulted but I could not defend myself,’ she wrote in her diaries. When she died of breast cancer in 1996, Naipaul told his biographer, Patrick French, ‘It could be said that I had killed her.’

Two months after Hale’s cremation, Naipaul married his second wife, Nadira Alvi. Unlike Hale, Alvi had been born to a well-to-do banking family in Pakistan, and spoke of Naipaul in the same way Naipaul often spoke of Trinidad, saying, according to French’s biography, that her father ‘would be shocked that I found happiness with an indentured labourer’s grandson.’ Their marriage marked an ascension of social standing for Naipaul, an impulse which he had shown weariness for in so many of his novels but which, in real life, he seemed to embrace as a legitimate form of personal progression.

As in his novels, there was no clean absolution for Naipaul’s struggle with his social status and sense of self. He often called Trinidad ‘a plantation,’ and he told an interviewer in 1983, ‘I was born there, yes; I thought it was a great mistake.’ His breakthrough success as a novelist came when he was only 25 with The Mystic Masseur (1957), a comic novel set in a Trinidadian ghetto. He would go on to win the Man Booker Prize in 1971, to be knighted in 1990, and to win the Nobel Prize in Literature in 2001.

But he continued to reject his birthplace; his self-imposed exile became his hallmark tone. ‘No one else around today, not even Nabokov, seems able to employ prose fiction so deeply as the very voice of exile,’ wrote Alfred Kazin in The New York Review of Books.

If his exile evoked Nabokov, and his dual-sided critique of colonialism – at once castigatory of the colonizer’s power grab while also disgusted at the supposed subservience and dirtiness of the colonized – evoked the mixed colonial messages of Joseph Conrad, it was Naipaul’s sense of origin, of his aspiring father stopped short by social circumstances, of the very fundamentals that created his childhood, that was most evocative of Thomas Wolfe.

In Wolfe’s 1929 Look Homeward, Angel, his near-autobiographical protagonist, Eugene, has one final shot at finding his place in the world – to stay in North Carolina, as his mother desires, and to find a job working for a small newspaper. But where many popular coming-of-age tales tend to end with the possibility of redemption, Wolfe disallows his protagonist this clean ending, concluding the story with Eugene realizing he cannot stay in the small mountain town he’d been working the whole novel to leave, signing away his right to his inheritance to fully disassociate himself from his past. It achieves, like so many of Naipaul’s novels, a doubleness in its view towards home: a repudiation of provincialism amidst an attempt to maintain it.

Read the rest of this essay at Frieze.