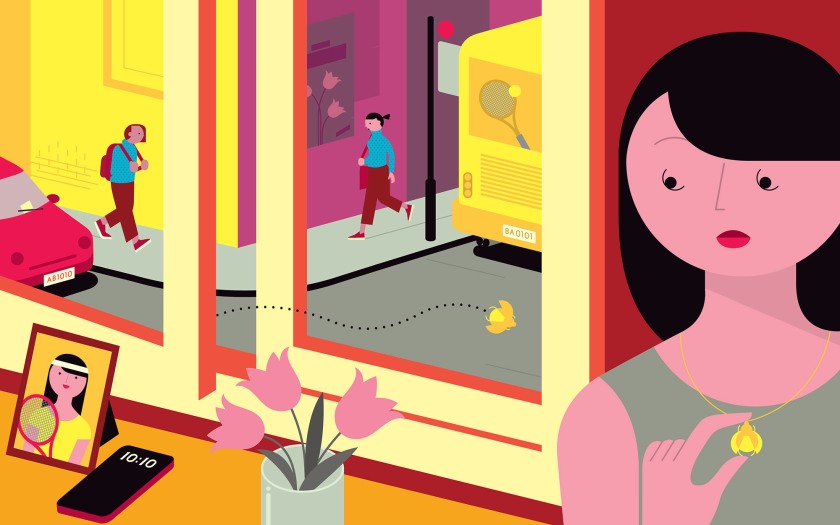 In the 1920s, one of Carl Jung’s female patients proved particularly frustrating to him – notwithstanding her ‘excellent education’ and ‘highly polished Cartesian rationalism’. She was ‘psychologically inaccessible’, the Swiss psychiatrist later wrote in his Synchronicity: An Acausal Connecting Principle (1960), by which he meant that she wasn’t accepting his pseudo-scientific methods.

To better understand her subconscious mind, Jung had her recount her recent dreams. She told him that, the night before, she had dreamed that she’d been given a golden scarab as a piece of jewellery. As she was describing the dream, there was a tapping on the window and Jung turned around. ‘I opened the window immediately and caught the insect in the air as it flew in,’ he wrote. ‘It was a scarabaeid beetle, or common rose-chafer (cetonia aurata), whose gold-green colour most nearly resembles that of a golden scarab.’ Jung knew this was just what his skeptical patient needed to see. ‘I handed the beetle to my patient with the words, “Here is your scarab.” This experience punctured the desired hole in her rationalism and broke the ice of her intellectual resistance. The treatment could now be continued with satisfactory results.’

Jung called this an instance of ‘synchronicity’, a concept whose application to psychology he developed with the Austrian-born theoretical physicist Wolfgang Pauli to describe the way that seemingly unrelated events can in fact be significantly related and held together by an unseen force – in this case, his patient’s dream and shared reality coalescing with the appearance of the scarab beetle. Jung believed in an unus mundus, or a unitary world, in which there is no separation between mind and matter. Everything is connected; every event has a reason behind it. It spurred his belief in even wilder ideas such as telepathy, and fed his concept of the ‘collective unconscious’, for which he claimed there were certain universal ideas, beliefs and archetypes implicitly understood by everyone from birth.

The Austrian biologist Paul Kammerer, a contemporary of Jung’s, built on ‘synchronicity’ with his theory of ‘seriality’, which says that coincidences are a basic force of the Universe, like gravity. Albert Einstein, always pushing the boundaries between faith and reason, found the quasi-spiritual idea of seriality intriguing, and is rumoured to have called it ‘original and by no means absurd’.

Today, nearly all scientists say that coincidences are just that: coincidences – void of greater meaning. Yet, they’re something we all experience, and with a frequency that is uniform across age, sex, country, job, even education level. Those who believe that they’ve had a ‘meaningful coincidence’ in their lives experience a collision of events so remarkable and unlikely that they chose to ascribe a form of grander meaning to the occurrence, via fate or divinity or existential importance. One of the most commonly experienced ‘meaningful coincidences’ is to think of your friend for the first time in a long while only to have her telephone you that instant. Any self-respecting statistician would say that if you tracked the number of times you thought of any friend, and the number of times you had that friend immediately ring you, you’d find the link to be statistically insignificant. But it is not necessarily irrational to attribute grander significance to this occurrence. To those who believe in meaningful coincidences, statistical insignificance does not undermine an event’s causality or importance. To them, just because something couldhappen doesn’t mean it wasn’t also fated to happen.

It’s a mindset that applies equally to our habit of weaving relationships between coincidental events into epic myths, religious stories, even conspiracy theories. Longwinding, Dickensian stories of interconnected coincidences leading to a cathartic conclusion can provide us with a sense of meaning, of life holding subtler, unseen mysteries that make even our suffering worthwhile – as if our lives were really a series of sophisticated, interconnecting puzzle pieces. This largely explains the seductiveness of most mainstream religions as well: a divine hand orchestrating our lives is a particularly comforting notion, even if, scientifically, there’s little to lend credence to such beliefs.

But just because we might ‘know’ that meaningful coincidences don’t really exist doesn’t mean that they don’t still move us. The poet John Keats in 1817 accused Isaac Newton of trying to ‘unweave the rainbow’, by which he meant that Newton was attempting to take the magic out of life by paring it down to its scientific basis. The young poet might have been wishful in his thinking, but such a statement also raises the question of how we should grapple with mysteries – with or without a belief in a greater meaning to life? Even if every possible coincidence could be scientifically explained, we shouldn’t necessarily discount its importance. You can watch a movie or read a novel, and be at once aware of its nonreality while also being moved by it. Must these ideas therefore be incompatible? Indeed, might the continued belief in meaningful coincidences even be rational and necessary to our experience of existing in the world? And, is a belief in meaningful coincidences something vital to our survival as humans?

Read the rest of this essay at Aeon.