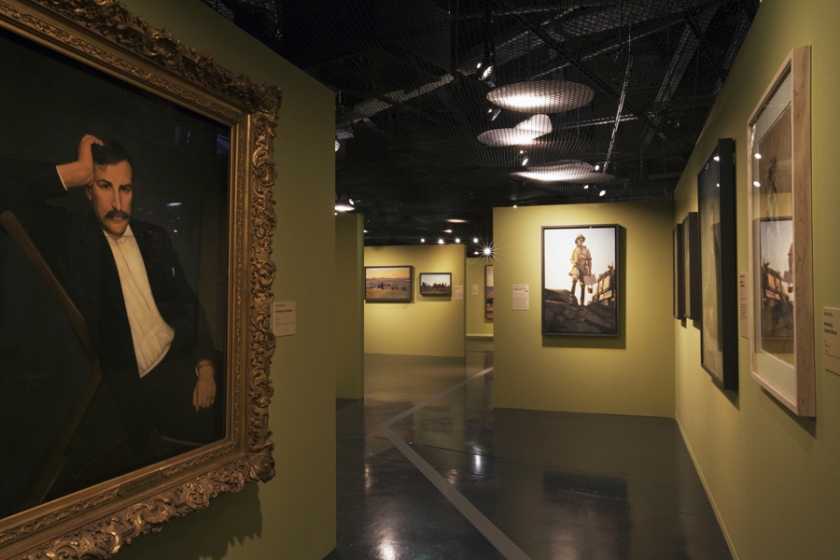 With President Macron poised to make changes to France’s handling of ethnographic art, the quai Branly would do well to follow suit—instead, they’re suspiciously dodging the issue.

A few days after I requested to speak with Sarah Ligner – the head of the Historic and Contemporary Globalization Heritage Unit at the musée du quai Branly-Jacques Chirac in Paris – I received a telephone call from an unknown number.

On the other end was Thomas Aillagon, the communications director of the quai Branly, saying that Ligner – who curated the current exhibition, ‘Paintings from Afar’ – would not be available. When I asked why and whether anyone else at the quai Branly might be able to discuss the exhibition or French ethnographic museums at large, he replied ‘not at this time’. He then added that: ‘We simply oversee too much to make someone available.’ It was a bizarre claim given that the call came only a day after I’d sent along an overview of a few of my questions, some of which concerned the colonial nature of certain artworks in the current exhibition, and it had seemed to me that Ligner would soon be made available. But after I pressed Aillagon, the real motivation for Ligner’s sudden unavailability made itself clear. ‘We will not be speaking about questions of post-colonialism at all,’ he said.

Later, Aillagon telephoned to clarify that what he meant was that he, personally, does not have ‘the technical background’ to discuss these issues. ‘It is not an institutional policy of the quai Branly to not answer these kinds of questions,’ he explained. The reason was simply because Ligner, who does have that expertise, was unavailable. And yet, after a fortnight of being told Ligner might be available but that she was ‘unavailable’ or ‘in Provence’ – even as her controversial exhibition was just opening at one of France’s most important museums – she has, at the time of publication, remained unable to answer any questions, even over email. The end result is that, official museum policy or not, questions of colonialism and post-colonialism at the quai Branly have gone unanswered.

It is, to put it mildly, not a good time for the quai Branly to be dodging fundamental questions about its exhibitions and mission. Contemporary ethnographic museums walk an increasingly thin tightrope: displaying what is often colonial plunder while neither defining it solely by its colonial origins (it’s still art) nor ignoring its provenance and the implications of power and colonialism therein. One solution to this seemingly impossible balancing act – which has always been a possibility but was brought only recently to the fore – is to repatriate much of the artwork, which would, if done on a large enough scale, necessarily lead to the closing of ethnographic museums.

While visiting Burkina Faso late last year, French president Emmanuel Macron declared that: ‘African heritage must be highlighted in Paris, but also in Dakar, in Lagos, in Cotonou. In the next five years, I want the conditions to be met for the temporary or permanent restitution of African heritage to Africa.’ (Later, on Twitter, the Elysée announced, ‘African heritage can no longer be the prisoner of European museums.’)

While many on the Left questioned the president’s conviction and many on the Right criticized him for setting a dangerous precedent, Macron demonstrated his understanding that ethnographic museums are a threatened species and was, it seemed, putting French ones, like the quai Branly, on notice.

Read the rest of this essay at Frieze.