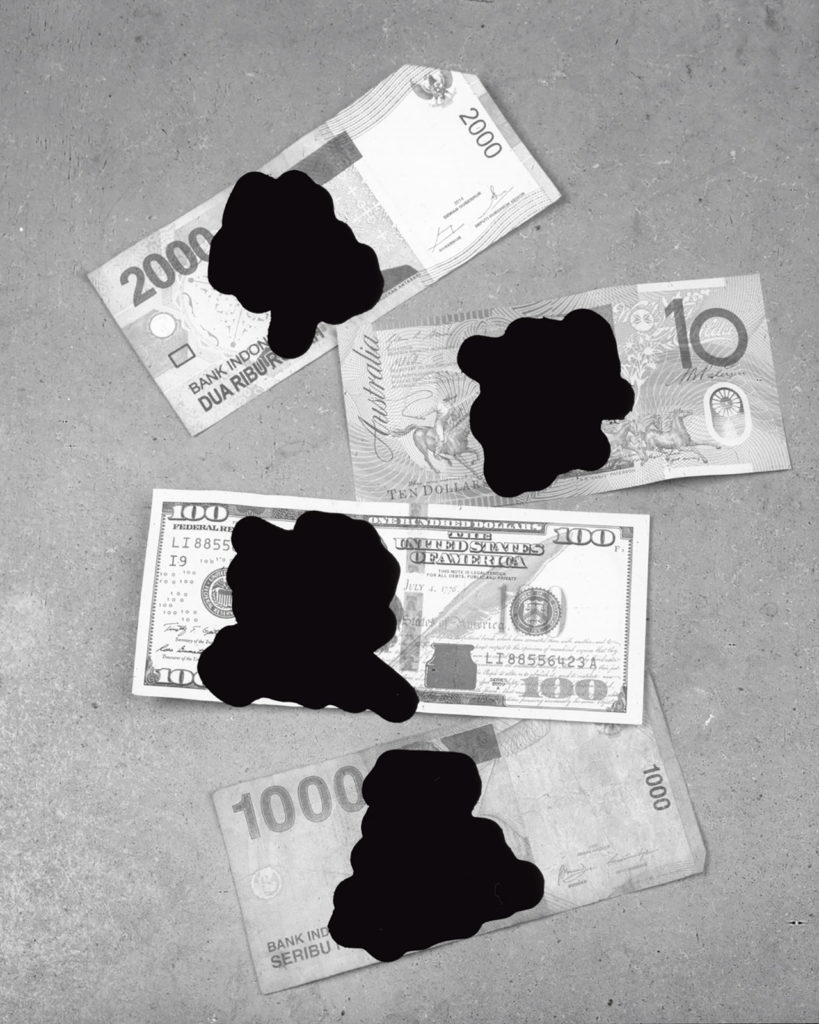 For the past few years, Anna has been living on the streets of Stockholm. As one of the roughly 33,000 people currently homeless in Sweden, she has found her day-to-day life lately becoming even more of a struggle. Today, if she wants to buy a sandwich at a café, or if she wants to use one of the public bathrooms that cost ten krona, she’s unable to pay in coins or notes. If she wants to hop on a bus or tram, or if she wants to donate to her church, she won’t be able to use cash in those places either. Since she doesn’t have enough money to open and maintain a bank account—which would allow her access to a cashless form of payment like a credit or debit card or to link her smartphone—essentially, she can’t use or pay for these things at all.

In 2012, Sweden began moving toward digital payment applications when it launched Swish, a government-backed app that ties your phone number and your bank account so, like the M-Pesa system in Kenya, you can instantly transfer money from person to person or from person to business. There have been similar attempts in the U.S., with apps like TransferWise, Venmo, PayPal, Cash by Square, and Zelle, the latter of which is used by Bank of America, Citibank, and Wells Fargo, among others, but none are singularly dominant and Americans still have an affinity for cash. In the U.S., cash still accounts for nearly 40 percent of transactions; likewise in the United Kingdom, where it makes up about 34 percent of payments.

Sweden, though, is on the precipice of becoming a cash-free society. Less than 15 percent of payments there are in cash, and cash itself has become scarce, its circulation currently beneath one percent of the country’s GDP. By 2025, Sweden hopes to become fully cashless, although it will probably happen even sooner than that. Cecilia Skingsley, the deputy governor of Sweden’s Central Bank, predicts that all of the country’s financial transactions will be digital in as little as three years. Sweden’s six largest private banks are transitioning to cashlessness, cutting back on tellers and no longer accepting cash deposits in well over half of their branches. The country’s biggest companies, like IKEA and Ahlens, its largest department store chain, no longer accept cash in certain locations.

The problem, for those like Anna, is that if you don’t have a smartphone or a bank account, you’re effectively cut out of society. There are few solutions for those on the margins. She copes by panhandling with a card reader—knowing that most Swedes no longer carry cash—hoping that people trust her enough to swipe their card in her machine, though few do. She also now has a prepaid debit card, which doesn’t require a separate bank account, onto which she loads cash. But, for this card, she pays a fee every time she loads it up, and she pays a fee if her account balance drops too low. She’s able, therefore, to still play a tangential part in a cashless society, but she’s forced to pay even more for it. An increasingly cashless society seems to perversely punish those who have the least money.

Anna is not a real person; she is a composite example provided by the World Economic Forum in a recent report that outlined “the dangers of sleepwalking into a cashless society.” The report, “Access to Cash Review,” published in March, concluded that, in Sweden, “millions of people could potentially be left out of the economy, and face increased risks of isolation, exploitation, debt and rising costs.” Those like “Anna” would almost certainly have their lives made even worse than they already are.

From a certain perspective, a cashless society sounds utopian. There’s less crime, since no one’s going to hold up a cashier at the local 7-Eleven if there’s no money in the register. Robbery was one of the main reasons Sweden began flirting with the idea of going cashless in the first place: In the early 2000s, a series of burglaries of businesses made employees feel unsafe, leading to large-scale campaigns for cashless workplaces. Digital transactions also cut down on tax fraud and financial crimes, since paper trails can’t be so easily hidden—there’s no shipping of suitcases full of cash offshore. It’s also cheaper for the federal government since no cash needs to be printed, and international payments would, if the whole world went cashless, be made obsolete. You’d never need to get different kinds of currencies from your bank or ATM.

But there are downsides as well. While break-ins have decreased as a result of less cash floating about, financial fraud has markedly increased. In Sweden, there were, according to the country’s Ministry of Justice, 140,000 reported cases of financial fraud in 2014, up from around 70,000 a decade earlier. Even the psychology of digital payments is potentially problematic: Studies show that people spend more money when it’s not physical.

But the biggest problem is that those on the edges of society, like the elderly and the homeless, are even further marginalized. Most banks require multiple proofs of identity, such as a utility bill, which is impossible for someone without a home to provide. And those who feel less comfortable with digital payments, like the elderly, are punished with byzantine fees and are deprived of their autonomy. The homeless population makes up only about 0.3 percent of Swedish society, but people over 65 years old make up 20 percent of the population, with those over 80 representing a little over 5 percent.

“A cash-free society may be sold as a move toward heightened convenience and security when really the intention is to increase surveillance and allow the government to better track individuals.”Tweet this quote

Majlis Jonsson, a 74-year-old former teacher in Sweden, said in an interview that she prefers to “pay with cash as often as possible,” adding: “I don’t feel secure to use my card.” Like many people her age, she doesn’t have a computer and she finds the internet nerve-racking. But she can’t write checks because so few Swedish banks accept them anymore, and she can’t use cash to buy almost anything. She’s forced, therefore, to outsource even her smallest purchases, such as having a friend buy her 75-krona (about $8) train ticket. The cashless society has made her independence a thing of the past.

Sweden has long been in the vanguard of finance—it was the first European country, in 1661, to circulate banknotes—but in most of the world, cash is a relatively recent phenomenon. In the United States, when Abraham Lincoln took office in 1861, he realized the necessity of having money that could be more easily circulated during the Civil War given the transactions needed to finance the Union’s military effort.

Until that point, Americans had mostly used gold and silver coins or private paper cash, which, distributed by individual banks and tied to their reserves of gold and silver, was not backed by the federal government and thus became worthless if the issuing bank went under.

In 1862, Edmund Taylor, an Illinois businessman who’d volunteered for the Union army and had risen to the rank of colonel, approached Lincoln with the idea of issuing a currency backed neither by private banks nor even by gold or silver but instead by the government itself. “Pay your soldiers with them and go ahead and win your war with them also,” he told Lincoln, according to an account by Ellen Brown, an attorney and author. “If you make them full legal tender…they will have the full sanction of the government and be just as good as any money; as Congress is given the express right by the Constitution.”

On February 5, 1862, under the Legal Tender Act, Congress began circulating $150 million of “greenbacks,” or Legal Tender Notes, which wouldn’t be fully phased out until 1971. Certain states and territories fought this, especially on the West Coast, where gold was more plentiful and stood to be significantly devalued by the greenbacks. But after only a few years, and certain concessions that allowed this federally backed cash to be traded in for gold and vice versa, American cash became mainstream.

Cash is tied up in a whole history of identity systems. It has long allowed people to maintain anonymity and independence, and it’s thus a bedrock of the American mythos of self-determination. One can see this desire repeated in the current rise of cryptocurrencies, which allow one to hold crypto “keys,” unique identifiers for a “wallet,” which provide both total privacy and financial independence from banks.

Governments don’t like this kind of independence, though, especially autocratic ones. A cash-free society may be sold as a move toward heightened convenience and security when really the intention is to increase surveillance and allow the government to better track individuals. China’s “social credit system,” for instance, which was created in collaboration with Alibaba Group, gives a score to each of its citizens, tracking their movements, friendships, romantic relationships, health records, reading habits, shopping behaviors, and, crucially, financial status. This last category is tracked by harvesting information from digital payments. A person’s score affects their ability to travel, send their children to top schools, access loans, secure high-speed internet, and get certain jobs, among other government-controlled activities. It’s not a surprise that half of the globe’s digital payments just two years ago were made in China, according to a report from the consulting firm McKinsey. President Xi Jinping and the Chinese government have significant incentive to get everyone paying digitally.

The global financial sector shares these incentives. Companies that process transactions, like American Express and Visa, want to increase the payments made through their systems. Private banks want to save money by phasing out tellers and other employees whose jobs are centered on handling cash. All of this leads to a form of “nudging,” in which the financial sector and government together craft circumstances in which it seems convenient, even natural, to transition to cashlessness.

What’s odd is that the idea that cash is somehow inherently inconvenient or dangerous is simply false. Who actually complains about having to carry cash? If you were to look at advertisements for Apple Pay or Venmo, though, you’d think that cash was the most cumbersome invention on the planet.

Read the rest of this essay at Document Journal.